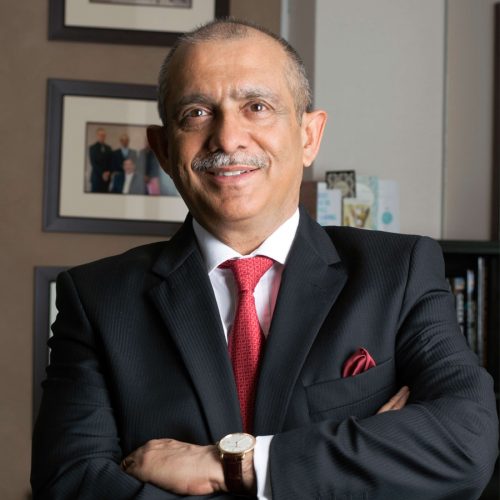 TAG was founded by Zafar Siddiqi and Rakesh Wahi in 2007 with a view to develop human capacity in emerging markets. It follows the groups vision to bring high quality educational standards and adapting it to to emerging markets.

Rakesh Wahi is Chairman of CMA Investment Holdings, a family investment company that has representation through its portfolio companies in over 20 countries. Mr. Wahi is an entrepreneur who has been involved with early stage investments in emerging markets for the last 24 years and has been the driving force of the group’s strategic partnerships across all sectors. The Group’s strategy is to take global brands to emerging markets.

His vision in Africa is to set up the continent’s largest repository of economic and business information built through a point of presence throughout the continent and exhibit the information through television (CNBC Africa), print (Forbes Africa) and online mediums (ABN Digital). His Group currently operates in 8 African countries through 12 bureaus. By 2013 the Group will be in 15 countries (18 bureaus) and by 2014 in 20 African countries. He is setting up his second university in Ghana in academic collaboration with Lancaster University from the UK.

Over the last 8 years Mr Wahi has been involved with the development of business media and financial journalism in the African continent. He has worked on skills development and implemented the policy of empowerment through employment by creating competencies through training, development and indigenisation.

Mr. Wahi is the founder of the ABN Education Trust set to finance the college education in financial journalism of children from previously disadvantaged families in South Africa. The Trust has funded the electrification of villages in India (TIRI project) as well as orphanages in Alexandre, South Africa.

Prior to moving to the UAE in 1988/89, Mr. Wahi served with the Corps of Engineers in the Indian Army for about 9 years and was awarded the Vishisht Seva Medal (“VSM”) by the President of India in 1985 for distinguished services to the country. Mr. Wahi was also part of India’s scientific expedition to the Antarctica where he established India’s second base in 1987/88.

Mr. Wahi was educated at the Doon School in India and later earned a Bachelor of Science degree (NDA, 1979) and a Bachelor of Technology degree in Civil Engineering (CMA, 1986) from the Jawaharlal Nehru University in New Delhi. Mr. Wahi is a Member of the Institute of Engineers, Calcutta, India. He is a Founding Member of IBLF – a global investment group and on the Board of Fourth Dimension, the education affiliate of Cricket Australia. He was awarded an Honorary Doctorate of Science (Engineering, IT & Multimedia) by the Minister of Education in Namibia and is also a fellow member of the Australian Institute of Management – Western Australia.

This website uses cookies to improve your experience while you navigate through the website. Out of these cookies, the cookies that are categorized as necessary are stored on your browser as they are essential for the working of basic functionalities of the website. We also use third-party cookies that help us analyze and understand how you use this website. These cookies will be stored in your browser only with your consent. You also have the option to opt-out of these cookies. But opting out of some of these cookies may have an effect on your browsing experience.
Necessary Always Enabled
Necessary cookies are absolutely essential for the website to function properly. This category only includes cookies that ensures basic functionalities and security features of the website. These cookies do not store any personal information.
Non-necessary
Any cookies that may not be particularly necessary for the website to function and is used specifically to collect user personal data via analytics, ads, other embedded contents are termed as non-necessary cookies. It is mandatory to procure user consent prior to running these cookies on your website.
SAVE & ACCEPT